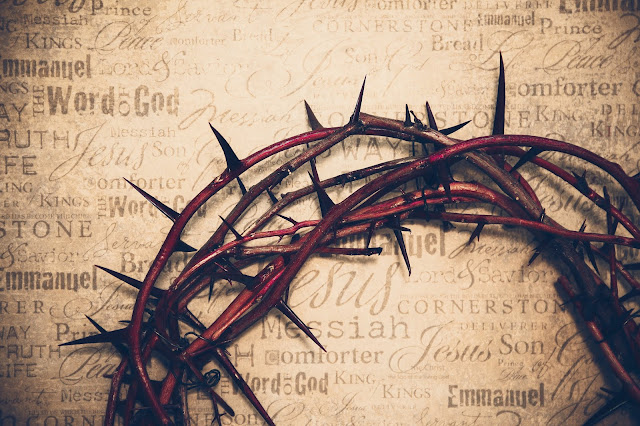 Q: Do you have to forgive even if someone doesn't ask or say they're sorry?

A: The short answer to this question is: Yes.

Then Peter came and said to Him, "Lord, how often shall my brother sin against me and I forgive him? Up to seven times?" Jesus said to him, "I do not say to you, up to seven times, but up to seventy times seven. For this reason the kingdom of heaven may be compared to a king who wished to settle accounts with his slaves. When he had begun to settle them, one who owed him ten thousand talents was brought to him. But since he did not have the means to repay, his lord commanded him to be sold, along with his wife and children and all that he had, and repayment to be made. So the slave fell to the ground and prostrated himself before him, saying, 'Have patience with me and I will repay you everything.' And the lord of that slave felt compassion and released him and forgave him the debt. But that slave went out and found one of his fellow slaves who owed him a hundred denarii; and he seized him and began to choke him, saying, 'Pay back what you owe.' So his fellow slave fell to the ground and began to plead with him, saying, 'Have patience with me and I will repay you.' But he was unwilling and went and threw him in prison until he should pay back what was owed. So when his fellow slaves saw what had happened, they were deeply grieved and came and reported to their lord all that had happened. Then summoning him, his lord said to him, 'You wicked slave, I forgave you all that debt because you pleaded with me. 'Should you not also have had mercy on your fellow slave, in the same way that I had mercy on you?' And his lord, moved with anger, handed him over to the torturers until he should repay all that was owed him. My heavenly Father will also do the same to you, if each of you does not forgive his brother from your heart." (Matthew 18:21-35, NASB, see also Luke 17:3-4)

In the above passage from Matthew, Peter asks Jesus about a brother who continues to offend and comes back time and time again asking for forgiveness … how many times should we forgive repeat offenders? Jesus’ response indicates that we should forgive even repeat offenders and do so as many times as they ask!

This answer from Jesus would have been somewhat shocking to Peter and is difficult for our flesh to understand and accept … the fact is, we all know of someone who we feel just simply doesn’t deserve our forgiveness because they’ve messed up too many times.

The reality is, that God reveals that His standard for forgiveness should be the same standard for His children – and this means that since He forgives us even though we’ve screwed up more times than we’d like to admit (and even more than we probably realize!) and we definitely don’t deserve God’s forgiveness, then we should likewise extend grace to those who offend – or sin against – us. In fact, no matter how many times someone may offend us, they can never accumulate the same debt of offense that we’ve accrued against a Holy God. This is precisely the point of the parable that Jesus told in Matthew 18.

Although the above passage refers explicitly to someone who asks for forgiveness, the principle remains important that the basis for forgiveness is not on the worth or merit of the person asking forgiveness, but is instead based on the forgiveness that we’ve already received when we didn’t deserve it. In the parable above, the slave had the right to ask for his debt to be paid … but the Master was moved to anger because he had canceled a larger debt and therefore mercy should beget more mercy.

The principle of our Father forgiving us if and in the same way that we forgive others is found in both passages that record Jesus teaching the disciples to pray (Matthew 6:12-15; Luke 11:1-4). This leaves no room for us to hang on to unforgiveness, no matter how justified we may be in being offended, since our Father likewise has every right to be offended by our sin and wants us to forgive as He forgives. Jesus teaches His disciples to request that the Father forgive us in the same manner we forgive others … which means to whatever degree we want God to forgive us, we ought to forgive others!

While this may seem like a legitimate loophole (which we like, especially if it allows us to hang on to unforgiveness against someone who deserves it!), the New Testament contains two final passages for us to consider that should help us understand the danger of hanging on to unforgiveness as children of God.

First, from Jesus in Mark’s gospel we read the following instruction:

Notice the expansive and all-inclusive nature of Jesus’ teaching on prayer. When we come to our Father in prayer, we should first search our hearts for any unforgiveness that is present. Jesus places no conditions or qualifications on his statement to forgive – saying, if you have anything against anyone, then forgive it.

He doesn’t say, "...unless you have a really good reason not to!"

If you have anything against anyone, forgive it … so that your Father in heaven will also forgive your transgressions.

Jesus is serious about forgiveness. We should be too.

And if we need a reason to forgive, beyond receiving forgiveness ourselves from our Father, the Apostle Paul provides it:

For to this end also I wrote, so that I might put you to the test, whether you are obedient in all things. But one whom you forgive anything, I forgive also; for indeed what I have forgiven, if I have forgiven anything, I did it for your sakes in the presence of Christ, so that no advantage would be taken of us by Satan, for we are not ignorant of his schemes. (2 Corinthians 2:9-11, NASB, emphasis added)

When we think we are justified in keeping forgiveness from someone, as if we were harming them in some way, we must realize that this failure to forgive is an open invitation for Satan to take advantage of us and keep us in bondage. 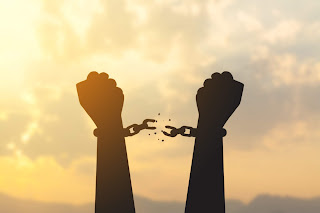 To forgive someone is literally ‘to release them’ – and when we release them, we release any hold that our unforgiveness has over us as well. Don’t be deceived into being held in bondage to anger, bitterness and unforgiveness. Release these burdens to the Lord and let Him deal with them … He sees all things and judges justly. In releasing even those who don’t deserve our forgiveness, we protect ourselves from the schemes of the Enemy of our souls who seeks only to steal, kill and destroy.

Whatever debts we are holding onto, the Bible instructs us to release them in the name of Jesus. Because He has forgiven us, we can forgive others … even if they don’t repent or ask us for forgiveness.

April 17, 2012
Question – I've read about Melchizedek a number of times but am confused about who he is entirely. Can you let me know about him, I feel like I'm "missing" something?