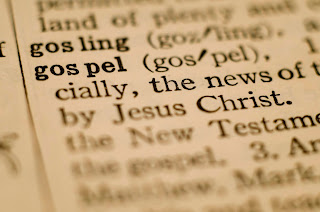 Q: In 1 Timothy 4 we read, "The Spirit clearly says that in later times some will abandon the faith and follow deceiving spirits and things taught by demons. Such teachings come through hypocritical liars, whose consciences have been seared as with a hot iron. They forbid people to marry and order them to abstain from certain foods, which God created to be received with thanksgiving by those who believe and who know the truth." (vs 1-3). I believe that one could see this in the history of the Catholic church (as an example) in that priests were not allowed to marry and meat was to be abstained from on Fridays.

Is it going too far, and going beyond what Scripture says, to apply this principle to the other extreme? Can, by a seared conscience, a teacher indicate that anything is permissible (opposed to "forbid" and "abstain") as the believer is the 'Righteousness of Christ' and is already forgiven? And when I say "anything", I mean things that are clearly sin (e.g., Galatians 5:19-21). There are also 'name it and claim it' and 'prosperity' gospels being preached regarding health and finances. My question, restated, is are these false gospels the result of the same "deceiving spirits and things taught by demons; teachings coming through hypocritical liars, whose consciences have been seared as with a hot iron"?

Frankly, I'm not sure we will see a period within the church where people will be forbidden to marry and abstain from certain foods. Our struggle in the church is more toward things being permissible resulting in less distinction between the church and the culture surrounding it.

A: In the above question, the middle paragraph contains the content of what this post will interact with for the most part but I wanted to include the question in its entirety to keep the context intact.

To begin, the Scriptures certainly indicate that the opposite error will be made in the Church. Instead of forbidding certain things, teachers will arise that will teach indulgence in even inherently sinful behavior to try and lead away those who would follow Christ. But it is my opinion that to take this particular text in 1 Timothy to that conclusion is a misuse of what is being taught.

While interpreting Scriptures, there are many different opinions on how far we can take our conclusions and applications. It is my opinion that we ought not go further than what is written and we must be aware of the danger of extending the application beyond what the text actually teaches if we are to rightly handle the Word of God (2 Timothy 2:15). In this particular question, certainly no abuse is intended and the question is a very good one. But we don't need to extend this particular text (1 Timothy 4:1-3) beyond what it teaches (expressly about those who teach a form of asceticism) to reach the right conclusion that there will also be teachers who go to the opposite extreme, which is explicitly taught elsewhere (e.g Jude 1:4).

The doctrines of demons and the deception of liars seared in their own consciences does cover both ends of the spectrum of "false gospels." I think a helpful way of looking at this spectrum is to understand that there are two equally deadly (spiritually) and dangerous (spiritually and physically) extremes that must be avoided:

While 1 Timothy 4:1-3 is indicating the danger of one end of this spectrum (legalism), the other end is also warned against in the Scriptures (Jude 1:4; Galatians 5:13; Romans 6). The middle is where we are called to live as Christians.

I agree with our questioner above that the danger in the church today seems to be weighted towards the lawlessness end of the spectrum. It breaks my heart when people call obedience to the "rules" given in the Scriptures as "legalism" -- especially since Jesus used a different "L" word to describe obedience to His commands: Love (e.g. John 14:15).

That which is truly life is where we want to be and what Jesus came to give us -- and that is based on living in obedience to God (adherence to the "rules") based on our relationship with the Father through Christ.

By this we know that we have come to know Him, if we keep His commandments. The one who says, "I have come to know Him," and does not keep His commandments, is a liar, and the truth is not in him; but whoever keeps His word, in him the love of God has truly been perfected. By this we know that we are in Him: the one who says he abides in Him ought himself to walk in the same manner as He walked. (1 John 2:3-6)

However, I would caution that the danger of legalism and asceticism is just as real and is perhaps more pervasive than we think. Many groups that claim the name "Christian" teach forms of asceticism in direct fulfillment of 1 Timothy 4:1-3 which can and does cause some to "abandon the faith" (1 Timothy 4:1) by adding to faith in Christ other external requirements of abstaining from various things that are not inherently sinful, but actually good things when enjoyed with thanksgiving towards God.

Certain cult groups and false "churches" could be pointed to as proponents of such doctrines. While it is probably not fruitful to give a thorough examination of these aberrant doctrines at the current time, one example should suffice: The Church of Jesus Christ of Latter Day Saints (Mormonism) prohibits their adherents from eating certain foods (e.g. coffee and tea) which are given by God.

A false and counterfeit gospel results in works of lawlessness and wickedness, whether the activities are inherently sinful (as in licentiousness -- turning God's grace into a license to sin) or even outwardly pious but done out of a wrong motive (legalism) of earning God's favor which can only be genuinely received as a free gift through faith (see Romans 14:23: ...whatever is not from faith is sin).

P. Scott said…
Very Interesting. I believe that proper balance is essential when handleing the Word...otherwise, we end up tilted way off "center". Great question... Nice picture too!
February 8, 2012 at 10:09 PM