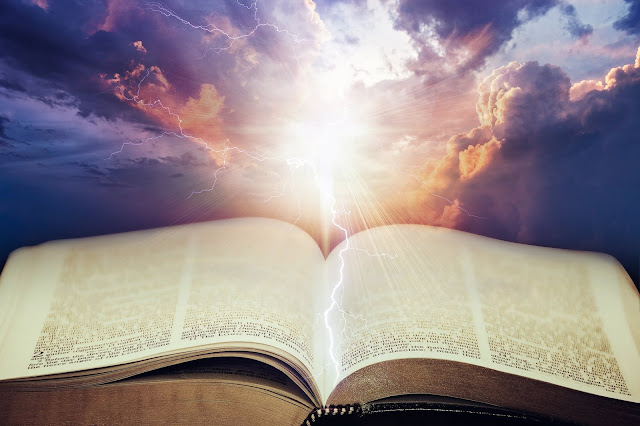 Q: What biblical references support pre tribulation and which ones support post tribulation? If you care to give us your personal thoughts on the matter, that would be okay too. We have friends in both camps.

A: This is a great question. It's also a huge question. As I've been praying and thinking about how to answer, it seems that there is no short way to answer the question and still be faithful to those who hold a different view.

This is one of those questions that genuine Christians who love and serve the Lord can reasonably disagree on, in my opinion. The timing of the return of Christ is difficult to determine (unless you're Harold Camping, that is...) and there are actually several more "camps" than the question alludes to.

Typically, the debate about the timing of the Rapture is confined to those who are in the Premillennial camp, while those outside of this camp (Post- and Amillennialists) seem to deny that the Rapture is going to take place.

The essential belief that all of these various camps share is that Jesus is coming back. The controversy revolves around the timing and nature of this return, in addition to the nature of His current role and rule as King of kings and Lord of lords.

Since I can't pretend to be able to give a full explanation and analysis of each position, and because I would never want to dishonor or caricature the beliefs of my brothers and sisters in Christ, I want to first strongly recommend two books to the interested reader.

First, The Meaning of the Millennium: Four Views, edited by Robert G. Clouse.

Since I can't take the time to give a thorough explanation of the nuances of each position (Historic Premillennialism, Dispensational Premillennialism, Postmillennialism, and Amillennialism), I want to at least point you to a resource that does. The format of this excellent book provides an expert in each camp to lay out their case (biblical and otherwise) for their understanding of the Millennium. After each person makes their case, there is a short response by each of the other contributors to interact with and critique the view.

In this way, you can observe a dialogue between proponents of each view and see the claims and the problems with each view. I've not encountered any other book that handles this question as fairly and as openly as this one, and it is a good read for someone who is interested in understanding the different views more completely.

The second book is, Three Views on the Rapture: Pre-, Mid-, or Post-Tribulation.

This book follows the same format but brings us inside the Premillennial camp to debate the timing of the Rapture. While this book more directly relates to the question that is being asked, for the sake of completeness I simply want all who are reading this post to understand that there are those who do not believe the Rapture will happen at all and who base their position on their understanding of the biblical text and the nature of "the Millennium."

A book that I don't recommend (The Rapture Trap) provides a Roman Catholic (essentially, Amillennial) response to the belief in the Rapture, categorized by the author (a former evangelical Protestant pastor) as "end times fever."

Sadly, many people (both Christians and non-Christians) do draw their theology from fiction. Dan Brown, Tim LaHaye, Jerry B. Jenkins, and William P. Young have sadly had (in many cases) more influence on the theology of the Church than the Apostles Peter, Paul and John have!

It's normal within circles of Christianity to get our label makers out.

I want to resist the urge to do that. Particular labels can be helpful at times. Labels of this sort tend to over communicate.

For example, in our immediate context of a question relating to the timing of the Rapture we can discuss Premillennial Dispensationalism. However, for those to whom this is not a new term, this label carries much more meaning than simply issues relating to the timing of the Rapture. And -- as with most labels -- there is a break-down within the "camp" of Premillennial Dispensationalism on a whole host of other issues which relate, not to the "End Times," but to the present times.

If we seek to fully explore every possible nuance of these various "sub-camps" we will run out of ink in our label makers before we run out of need for new labels!

In the interest of full disclosure, I received my training in a seminary that holds to a premillennial dispensationalist view. And while this view was held by most (if not all) of my professors, I am thankful that their primary focus in instructing us as students was to teach us how to handle the Word of God, not to indoctrinate us into a particular theological camp.

Instead of holding some particular allegiance to our "labels" (denominations included!), we should be committed to the Lord and His word. If the Scriptures tend to disagree with our "label" we shouldn't try and twist the Word to fit our view. We should adjust our view to come in-line with what the Word of God teaches.

This issue is so difficult because, frankly, it doesn't really matter. Although, in some circles you may find that their opinion is that this is the only thing that matters!

What we need to keep foremost in our minds is this: Christ is coming back. That's the important part. And He wants us to be busy and ready when He returns.

The Devil uses issues like this to sow dissension amongst believers. To divide us into separate camps that are more concerned about being "right" than the reality that Jesus is returning and bringing His recompense with Him.

This will happen when the Lord Jesus is revealed from heaven in blazing fire with his powerful angels. He will punish those who do not know God and do not obey the gospel of our Lord Jesus. They will be punished with everlasting destruction and shut out from the presence of the Lord and from the majesty of his power on the day he comes to be glorified in his holy people and to be marveled at among all those who have believed. This includes you, because you believed our testimony to you (2 Thessalonians 1:7b-10, NIV).

On the other hand, this question does matter because our loving heavenly Father has told us what to expect in advance for our edification and encouragement to do His will while we await His return. Our beliefs on the timing of the Lord's return do have implications for our present behavior. In Part 2 I will provide my understanding of what the Bible teaches in relation to the Rapture and Christ's return.

That is, of course, as long as He doesn't come back in the meantime!