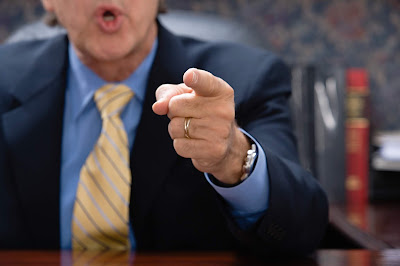 Solomon was right when he said:

So often when I am speaking with those who are not followers of Christ, they point their fingers at God. They blame Him for evil. For their own lack of belief. For this or that problem.

But this is nothing new.

In Genesis we have the first account of God confronting a sinner. Adam's words are telling.

And they heard the sound of the LORD God walking in the garden in the cool of the day, and the man and his wife hid themselves from the presence of the LORD God among the trees of the garden. But the LORD God called to the man and said to him, "Where are you?" And he said, "I heard the sound of you in the garden, and I was afraid, because I was naked, and I hid myself." He said, "Who told you that you were naked? Have you eaten of the tree of which I commanded you not to eat?" The man said, "The woman whom you gave to be with me, she gave me fruit of the tree, and I ate." (Genesis 1:8-12)

This account has been used to place the blame on women for sinfulness. This is a misuse of the text. After all, both Adam and Eve were cast out of the garden. Clearly God didn't just blame Eve!

Look carefully at what happened. Adam and Eve sinned. Then, they hid from God. They didn't want to be found by Him! Despite their attempts at hiding, God confronts them anyway. When God goes to Adam for an answer, Adam deflects blame. Not to the woman but toward God Himself.

If Adam were blaming the woman he would have said, "The woman gave me fruit of the tree, and I ate." But instead, he adds this little relative clause, "whom YOU gave to be with me" (emphasis added).

Adam is telling God that it's His fault Adam sinned. If God never gave him that woman then he would not have eaten. How funny that still today the sinner, when confronted with their sin, deflects blame back to God saying that it's His fault. Sometimes its less direct. Saying something like, "God made me this way." Same stuff, a different day.

There truly is nothing new under the sun.