The God of Revelation 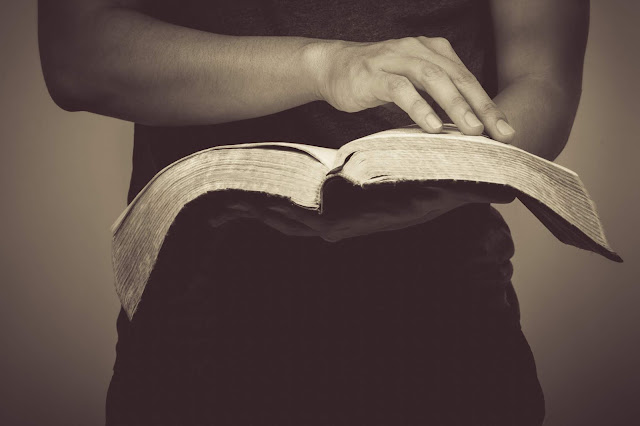 I recently read through the book of Revelation again. It's easy to focus on the amazing imagery or the descriptions of The Final Judgment or the New Jerusalem. One can get lost trying to figure out whether or not the descriptions are literal or figurative, whether they are describing events that have already happened (i.e. in the first and second century), or if they are describing things to come in the end times.

As I was reading Revelation this last time through, 4:8 stuck out,


And the four living creatures, each one of them having six wings, are full of eyes around and within; and day and night they do not cease to say, "HOLY, HOLY, HOLY is THE LORD GOD, THE ALMIGHTY, WHO WAS AND WHO IS AND WHO IS TO COME."


The events in chapter 4 clearly take place in heaven (see 4:1-2). Verse 8 describes what these creatures sitting around the throne do without ceasing. They never stop declaring the holiness of God.

What struck me as I was reading this book again, was how often this theme is reiterated.

And when the living creatures give glory and honor and thanks to Him who sits on the throne, to Him who lives forever and ever, the twenty-four elders will fall down before Him who sits on the throne, and will worship Him who lives forever and ever, and will cast their crowns before the throne, saying, "Worthy are You, our Lord and our God, to receive glory and honor and power; for You created all things, and because of Your will they existed, and were created." (4:9-11)

When He had taken the book, the four living creatures and the twenty-four elders fell down before the Lamb, each one holding a harp and golden bowls full of incense, which are the prayers of the saints. And they sang a new song, saying, "Worthy are You to take the book and to break its seals; for You were slain, and purchased for God with Your blood men from every tribe and tongue and people and nation. "You have made them to be a kingdom and priests to our God; and they will reign upon the earth." Then I looked, and I heard the voice of many angels around the throne and the living creatures and the elders; and the number of them was myriads of myriads, and thousands of thousands, saying with a loud voice, "Worthy is the Lamb that was slain to receive power and riches and wisdom and might and honor and glory and blessing."And every created thing which is in heaven and on the earth and under the earth and on the sea, and all things in them, I heard saying, "To Him who sits on the throne, and to the Lamb, be blessing and honor and glory and dominion forever and ever." And the four living creatures kept saying, "Amen" And the elders fell down and worshiped. (5:8-14)

After these things I looked, and behold, a great multitude which no one could count, from every nation and all tribes and peoples and tongues, standing before the throne and before the Lamb, clothed in white robes, and palm branches were in their hands; and they cry out with a loud voice, saying, "Salvation to our God who sits on the throne, and to the Lamb." And all the angels were standing around the throne and around the elders and the four living creatures; and they fell on their faces before the throne and worshiped God, saying, "Amen, blessing and glory and wisdom and thanksgiving and honor and power and might, be to our God forever and ever Amen." (7:9-12)

And the twenty-four elders, who sit on their thrones before God, fell on their faces and worshiped God, saying, "We give You thanks, O Lord God, the Almighty, who are and who were, because You have taken Your great power and have begun to reign. "And the nations were enraged, and Your wrath came, and the time came for the dead to be judged, and the time to reward Your bond-servants the prophets and the saints and those who fear Your name, the small and the great, and to destroy those who destroy the earth." (11:16-18)

And they sang the song of Moses, the bond-servant of God, and the song of the Lamb, saying,
"Great and marvelous are Your works,
O Lord God, the Almighty;
Righteous and true are Your ways,
King of the nations!
"Who will not fear, O Lord, and glorify Your name?
For You alone are holy;
For ALL THE NATIONS WILL COME AND WORSHIP BEFORE YOU,
FOR YOUR RIGHTEOUS ACTS HAVE BEEN REVEALED." (15:3-4)

After these things I heard something like a loud voice of a great multitude in heaven, saying, "Hallelujah! Salvation and glory and power belong to our God; BECAUSE HIS JUDGMENTS ARE TRUE AND RIGHTEOUS; for He has judged the great harlot who was corrupting the earth with her immorality, and HE HAS AVENGED THE BLOOD OF HIS BOND-SERVANTS ON HER." And a second time they said, "Hallelujah! HER SMOKE RISES UP FOREVER AND EVER." And the twenty-four elders and the four living creatures fell down and worshiped God who sits on the throne saying, "Amen Hallelujah!" And a voice came from the throne, saying, "Give praise to our God, all you His bond-servants, you who fear Him, the small and the great." Then I heard something like the voice of a great multitude and like the sound of many waters and like the sound of mighty peals of thunder, saying, "Hallelujah! For the Lord our God, the Almighty, reigns. (19:1-6) 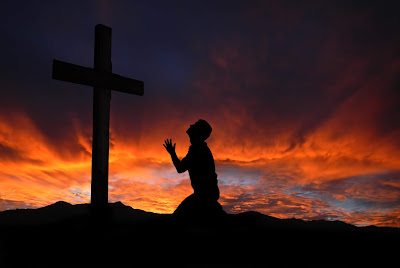 No matter what else is going on throughout the book of Revelation - there is constant worship and praise for God going on in heaven! It's truly an amazing scene. We get a glimpse of what heaven is like. Not just in the last three chapters (20-22) when the city is described. Throughout the entire Revelation.

I know that in this life it is sometimes difficult to worship the Almighty. It is often difficult to see beyond our own circumstances. To see God as He is: high and exalted, worthy of all honor, praise, and glory.

But we must see Him this way if we are to worship Him in spirit and in truth (see John 4:24).

The book of Revelation is often neglected. The material that is contained can be difficult. However, what can be easily understood is the triumphant nature of our great and glorious God over this fallen world. It is right to give Him thanks and praise. It is right to lift His holy name in praise and worship.

Hallelujah! Praise God for He is worthy!