Call on the Name of Jesus 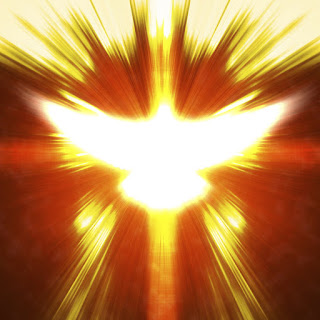 Acts 2 contains our first example of how the first followers of Christ explained Him using the Old Testament.

We don't start here because it is the first canonically. It's not. There have been many references to the Old Testament - many of which explain Christ - in the Gospels. These are printed before Acts 2 in your Bible. They were written by Apostles and associates of the Apostles. We will examine many of them in later posts.

Prior to ascending to heaven Jesus told His disciples that they would be His witnesses. He told them to testify what was written about Him in Moses, the Prophets, and the Psalms. Then He told them to wait for the Holy Spirit to come and empower them.

Acts 2 records the coming of the Holy Spirit. It records the power of heaven being magnified. It records the first public testimony of Christ by His followers in obedience to the command He gave before ascending to heaven.

When Peter opened his mouth the first passage he used was Joel 2:28-32. He testified about Christ from the Prophets.

Scholars do not all agree on the date of Joel. We will assume that the dating of 597-586 B.C. is best. This was leading up to the destruction of Jerusalem and the Babylonian Captivity. It is 600 years before the day Peter is speaking in Acts 2.

In its original context the prophet Joel is declaring judgment against Judah for their unfaithfulness to the covenant. It also promises salvation to those who will repent and trust in the Lord. Judgment is coming but hope and salvation are available. 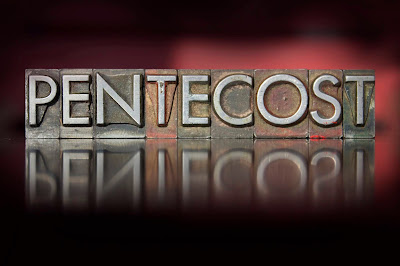 The coming of the Holy Spirit included some drama. There was loud noise. People began proclaiming the mighty deeds of God in different languages. This activity grabbed the attention of a large crowd of people. The observers didn't know what was happening. Some thought the disciples and their associates were drunk.

Peter opened his mouth and explained that this was not from drunkenness. It was what the prophet Joel wrote about 600 years prior.

The Holy Spirit had come in fulfillment of God's promise. They are prophesying because of the Holy Spirit. Here is the whole passage (Old Testament references are capitalized in the NASB):

But Peter, taking his stand with the eleven, raised his voice and declared to them: "Men of Judea and all you who live in Jerusalem, let this be known to you and give heed to my words. For these men are not drunk, as you suppose, for it is only the third hour of the day; but this is what was spoken of through the prophet Joel:
'AND IT SHALL BE IN THE LAST DAYS,' God says, 'THAT I WILL POUR FORTH OF MY SPIRIT ON ALL MANKIND; AND YOUR SONS AND YOUR DAUGHTERS SHALL PROPHESY, AND YOUR YOUNG MEN SHALL SEE VISIONS, AND YOUR OLD MEN SHALL DREAM DREAMS; EVEN ON MY BONDSLAVES, BOTH MEN AND WOMEN, I WILL IN THOSE DAYS POUR FORTH OF MY SPIRIT And they shall prophesy. 'AND I WILL GRANT WONDERS IN THE SKY ABOVE AND SIGNS ON THE EARTH BELOW, BLOOD, AND FIRE, AND VAPOR OF SMOKE. 'THE SUN WILL BE TURNED INTO DARKNESS AND THE MOON INTO BLOOD, BEFORE THE GREAT AND GLORIOUS DAY OF THE LORD SHALL COME. 'AND IT SHALL BE THAT EVERYONE WHO CALLS ON THE NAME OF THE LORD WILL BE SAVED.' (Acts 2:14-21)

Some people want to get caught up on the wonders in the sky and the signs on the earth below. However, this is a misunderstanding of Peter's intention. Peter uses Joel 2 as a link from the current event to an explanation of Christ. Nothing in the text tells us that there was darkness on the day of Pentecost. The text doesn't say that the moon turned to blood.

There is no reason for us to try and force these things or to try and explain how those parts of Joel's text were fulfilled while Peter was speaking. That wasn't his intention. We shouldn't make it ours.

The events of Pentecost - particularly the coming of the Holy Spirit - marks the beginning of the fulfillment of the promise God made through the prophet Joel. It is a mistake to think that everything the prophet wrote was fulfilled in that moment.

Peter uses this passage because it begins with the pouring out of the Holy Spirit. This is happening in the immediate present for him and his audience. Peter quotes Joel all the way to the coming of the Lord and the promise that all who call on His name will be saved. This contains a promise for his present hearers all the way up to our present moment in the 21st century.

It will continue until the Great and Glorious Day of the Lord shall come!

Revelation contains descriptions of the signs Joel described. They are coming in the future. They will occur before Christ returns in glory.

Peter was not using this passage to say it was all happening right then. Instead, he was showing that it was beginning to be fulfilled right then. The fulfillment continues to the present day. It will continue until the Great and Glorious Day of the Lord.

Peter used a relevant text to turn his audiences attention to the significance of the events taking place. God wasn't making a show just to display His power.

He was making a show to point people to Christ. God was fulfilling His promise made 600 years before.

Just as the remnant was preserved through the judgment brought by God on Judah through the Babylonian nation, salvation would be given to all who trust in the Lord from the judgment to come. God was faithful in the past. He will be faithful in the future. We can trust His promises. Jesus is able and willing to save all who come to Him. Praise God!

In our next post, we will continue to look at Peter's message in Acts 2. He cites further Old Testament texts to drive home his point that everyone must call on the name of Jesus to be saved from the wrath to come.