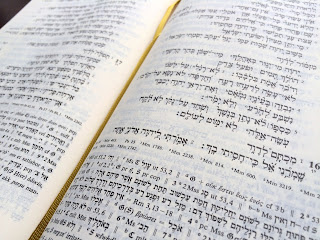 
Peter transitioned the crowds attention by citing the prophet Joel. Now that he has their attention Peter cites from Psalm 16:8-11, a psalm of David.


Psalm 16 was written during the life of King David. Scholars debate the exact dates of David's birth and death. Regardless, we are looking at a psalm written roughly 1000 years before the birth of Jesus.

The original writing certainly applied to events happening in David's own context. In this psalm, David expresses his trust and delight in the living God. Not only does David say that he delights in God but he also expresses delight in God's people.


Peter focuses the crowds' attention on the reality of God's power working in the life of Jesus. By pointing to the miracles, wonders, and signs God performed through Jesus during His public ministry. The resurrection was the pinnacle of this demonstration.

Peter does not simply point to the historical reality. He wouldn't need Scripture for this.

Peter then links this truth back to the events of Pentecost as further proof of Christ's victory. Christ is risen from the dead. They are all witnesses to this. More than this, Christ has been exalted to the right hand of God the Father in heaven. Part of Christ's exaltation included His receiving the promise of the Holy Spirit from the Father which He poured out on earth. This resulted in the dramatic events they were currently experiencing on Pentecost.

The crowds' present experience and the events of the past - both ancient and recent - declared without a shadow of a doubt that Jesus is both Lord and the promised Messiah (Christ). 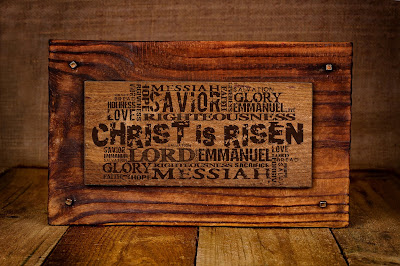 No matter what anyone believes, Jesus was not a victim. He was not a political activist who angered the wrong group of people. He wasn't a religious zealot whose views got Him killed.

His death was on His own terms. He died so that He could rise again. In fulfillment of the Scriptures.

The gospel message relies on this truth:


Psalm 16:8-11 is foundational for explaining Jesus' mission and victory. Anyone can claim to be a Savior. But not anyone can predict their own death, burial, and resurrection 1000 years in advance.

Only the living God can do this.

Only God is able to speak authoritatively and perfectly regarding the future. We can trust His Word. The resurrection of Christ in fulfillment of Psalm 16 is a perfect example.

God's Word tells us of a coming Judgment and that every human being is guilty. He also tells us that Jesus is willing and able to save all who trust in Him for salvation. Praise God!