A King To Be Opposed 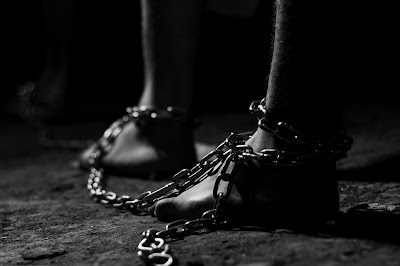 The Old Testament Scriptures encouraged the believers after Peter and John were warned to stop speaking and teaching in the name of Jesus.

Acts 4 records that Peter and John were arrested for preaching Christ. When they were released they were warned by the rulers and elders to stop proclaiming Jesus to the people. Peter and John told them they planned to obey God rather than men. They would not stop. After hearing further threats from the religious leaders Peter and John returned to the believers.

They held a prayer meeting. They prayed Old Testament promises.


Acts 4:24 records a citation from Psalm 146:6. There are several other passages throughout the Scriptures which affirm similar truths.

The language quoted from Psalm 146 directly affirms that God is the Creator of the earth. These early believers understood more immediately the implications of this truth than many modern hearers.

The power of the Creator allows for Him to open the eyes of the blind. To raise those who are bowed. To release prisoners. The Creator God is worthy of putting your trust in.


Psalm 2 describes the Messiah as God's anointed King. It also describes that the kings of the earth and the rulers conspire together to oppose God's King.

The reaction of God to this rebellion is not to fear or tremble. It is to laugh and scoff. God knows that their opposition is futile. It will be short-lived. Those who persist will be destroyed in His wrath.

The psalm includes a call to worship the Lord with reverence and a command to rejoice with trembling. The final verse tells us of the proper response to the King, God's own Son:


Do homage to the Son, that He not become angry, and you perish in the way,
For His wrath may soon be kindled.
How blessed are all who take refuge in Him!
(Psalm 2:12 NASB)


The contrast is strikingly clear. Those who fail to do homage to the Son will perish under His wrath. Those who take refuge in Him are blessed.

How the Believers Used Psalm 2 and 146 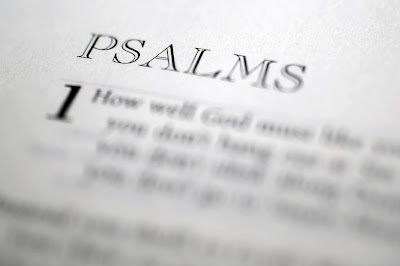 The gathered believers' response to persecution is one of faith. God revealed in advance in the Scriptures that His plan would unfold exactly this way.

God would establish His Christ. The rulers and authorities would oppose Him.


These psalms are used together to emphasize the authority, power, and nature of Jesus.

Jesus is the eternal king. He has been anointed by the Creator of heaven and earth. As God in the flesh Jesus demonstrated His power by overcoming death. He now rules from His throne in heaven.

Jesus' nature as revealed in these psalms is perhaps even more controversial in the modern-day. Many believe in a Jesus who is incapable of wrath. Some teach that the Father is angry. My children were once taught at a VBS they attended that Jesus never gets angry. This is false.

Genuine biblical teaching on the Trinitarian God teaches that Jesus and the Father are the same in their attributes. Both are holy, righteous, merciful, compassionate, and vengeful.

Psalm 2 paints the same picture of Jesus as Revelation. The wrath of the Lamb will be fierce against all who refuse to receive His merciful offer of pardon for their rebellion. This gift is free for rebels to receive. This gift was purchased with the precious and costly blood of Christ.

We must be sure that we worship Jesus as He is revealed in the Scriptures.

He is the eternal King of heaven and earth. He will crush His adversaries under His feet. He is willing and able to save all who take refuge in Him from the wrath that is to come. Praise God! He is both righteous and merciful.

These truths should likewise encourage believers today when we face opposition for proclaiming the name of Jesus. Opposition should not surprise us. It should not discourage us.

We must be equipped to proclaim the fullness of these truths. It is not enough to simply tell people that we like Jesus and inform them that we hope they will like Him, too. Our task is to warn those who are in rebellion against God to turn from their rebellion and seek refuge in the Lamb.

His grace is amazing. His wrath is fierce. This is the Jesus of Scripture.