Opening The Door To The Gentiles 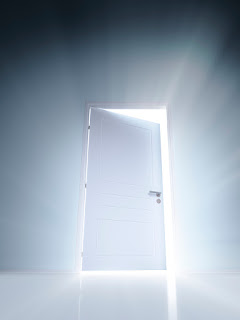 
Through Acts 8 the growing church has been primarily a Jewish movement. There have been a few exceptions. Saul is converted to the Apostle Paul in Acts 9. God tells him he will go to Gentiles.

God opens the door through Peter before sending Paul through. Peter is reluctant. Gentiles were unclean. They did not observe Jewish Law.

God overcame Peter's reluctance. God sent an angel to a Gentile with instructions to send for Peter. God gave Peter a vision while the delegation was en route. They arrived as Peter was mulling the meaning.

Peter understood. So he went. He preached to Gentiles.

Peter's Use of the OT

Peter's message (Acts 10:34-43) doesn't quote any Scripture. Superficial analysis may lead us to conclude that the Old Testament is more important to Jew than to Gentile.

This would be an error.

They knew of Jesus of Nazareth. Peter built upon this by going a step further: Peter was an eye-witness. He was with Him while Jesus went about preaching and doing good. They had heard some things. Peter was there to make it clear.

Peter preaches the basic gospel message in Acts 10:39b-41. Peter makes it personal in Acts 10:42. Peter's final statement is an appeal to the testimony of the Old Testament:


Of Him all the prophets bear witness that through His name everyone who believes in Him receives forgiveness of sins.
(Acts 10:43 NASB)


This is a book-end to something he said at the beginning of his message:


The word which He sent to the sons of Israel, preaching peace through Jesus Christ (He is Lord of all).
(Acts 10:36 NASB)


The "He" in 10:36 is God the Father. God sent His word to the sons of Israel. He gave them the Old Testament. The modern reader may miss the significance of these opening and ending comments. They would have been clear to a Gentile living in the Greco-Roman Empire. Cornelius knew Jews and Gentiles were separated. Cornelius knew the Jews had their own Law and God.

The Holy Spirit fell upon all who were listening while Peter was still talking. Peter had more to say. But they believed at this point. So he stopped. The new Gentile believers were baptized in the name of Jesus Christ. They were added to the fellowship of the church.


1. Follow the lead of the Spirit. This is a common theme throughout Acts. It is the starting point for effective witness. 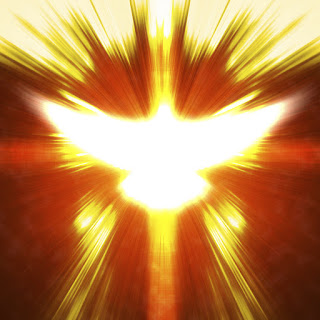 We can't count on visions and angels to open doors for evangelism for us. We can find common ground if we are willing to look for it. Often people have heard of Jesus. Like Peter we can help clarify who Jesus is.

3. Preach the gospel. Peter didn't spend all his time on common ground. He was a man with a message. All Christians are. We cannot be ashamed of the gospel. We must articulate that Jesus of Nazareth is the Christ.

We must tell that He came in fulfillment of the Scriptures to live a sinless life. He came to die on the cross taking sin upon Himself. He rose on the third day. He has ascended to heaven. He currently sits as the Lord of all Creation.

4. Make it relevant. The relevance is found in the fact that the risen Lord is Judge of the living and dead. We are speaking to people who are living. Christ is their judge. They may not agree with that. But it is a fact. It has been proven by the resurrection (see Acts 17:30-31). We must tell them that this is not just an opinion they can take or leave.

Peter understood that this is a solemn testimony. Evangelizing is serious business. We must be sober-minded. It is not a silly task. We are speaking to people made in the image of God. If they fail to repent and trust in Christ they will die in their trespasses and sins. When they stand before the Judge of all the earth they will be condemned. This message is eternally relevant. To every person.

5. Know the Scriptures. The consequences of rejecting and/or ignoring the gospel are severe. Peter didn't leave it there. He appealed to the awesome promise of salvation. This promise is that through the name of the Messiah all our sins can be forgiven. Through Him we can receive peace with God. The promise is witnessed by all the prophets. 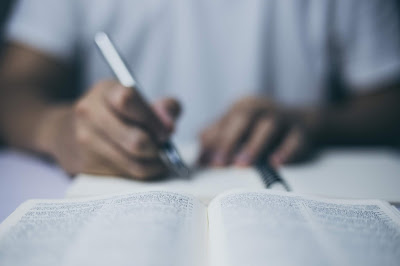 We can safely assume that Peter would have begun quoting some of these promises from the Old Testament had their faith not been made evident by the pouring out of the Holy Spirit. Acts records a universal pattern of appealing to Old Testament passages. That is what Peter began to do. He didn't need to continue in this case because faith came by the simple gospel witness.

Start with the simple gospel. Add to this your understanding of the Old Testament prophesies. Rely on the Spirit to lead your proclamation. Take your responsibility seriously. To stand upon the promises and warnings of Scripture we first must know them. When we stand upon them we can proclaim with faithfulness, love, and boldness. For the praise and glory of our Lord and Savior.