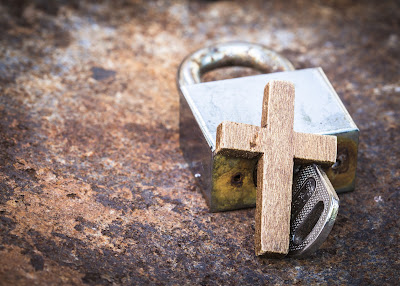 Paul has been preaching Christ for 13-14 years when he speaks in the synagogue in Pisidian Antioch in Acts 13. Reading Acts 9 to Acts 13 only takes minutes. It can be easy to miss how much time has passed. When Paul accepts the invitation to speak in the synagogue he is seasoned.

Paul stands and preaches the gospel fully and faithfully. The full message (only 582 words in the NASB) could easily have been delivered in three minutes. Paul covers the history of Israel from the entrance of the people into Egypt through David. Paul focuses on the promises made to David and their fulfillment in Jesus Christ.

Paul paraphrases history from Genesis, Exodus, Numbers, Deuteronomy, Joshua, Judges, and 1 Samuel. This is approximately the first third of his message. It is his foundation. The promises of the Gospel are built on real history. They are not fairy tales. Paul's audience understood this history better than most modern hearers. Paul still took the time to recount this history to make sure the Gospel had a firm foundation.

Paul then explicitly quotes five passages from the Old Testament Scriptures. These passages are taken from the psalms and the prophets.

How Paul Uses the OT

A Man After God's Own Heart

Paul's first citation is 1 Samuel 13:14. In context this passage is just as much about King Saul as it is about King David. The prophet Samuel is explaining to King Saul why God is rejecting him and giving the kingdom to David. King Saul was rejected because of his disobedience to the covenant.

Paul uses this passage to transition to the more recent prophet John the Baptist. Paul explains that John came preaching repentance. This prophet came to prepare the way for the One who was fulfilling the promise made to David of an enduring kingdom through his line. John's prophetic ministry was to announce the coming of the Messiah.

Paul's audience was rejecting God's plan and promises like King Saul before them. They failed to recognize the Messiah and the promises made in the Scriptures they gathered to hear every Sabbath. They condemned their own Messiah by putting Him to death in fulfillment of these Scriptures that they ignored.

Resurrected According to Promise

Paul's next three quotes all point to the promised resurrection of the Messiah after His rejection and execution by His own people. Paul cites Psalm 2:7, Isaiah 55:3, and Psalm 16:10 to establish his point.

Psalm 2 is clearly messianic. It is worthwhile for every Christian to memorize and meditate on the description of Christ revealed in this psalm. Paul's focus is on the declaration of Jesus's identity as the Son of God. It is through the Son that the promises are fulfilled. The Son is to be exalted over all the nations. This exaltation happened after His death, burial, and resurrection. Christ ascended to heaven and took His seat and the right hand of the Father in heaven.

Paul cites Isaiah 55:3 to point to the everlasting covenant based on the promise to David. The Messiah is the one who fulfills this promise as the King who will reign forever.

These passages could be fulfilled theoretically through an unbroken line of kings through the lineage of David. Jesus was born as a descendant of David. However, no further persons are needed because Jesus fulfilled the final passage Paul cites from Psalm 16:10.

This passage was also used by Peter on the day of Pentecost. The final King would never undergo decay. Although Jesus was crucified, He is risen. He is never going to die again. His body was not dead long enough to undergo decay.

These three passages together show the fulfillment of God's promise. The eternal King has been revealed by His death according to the Scriptures, His burial, His resurrection from the dead, and His exaltation to the right hand of the Father in heaven. 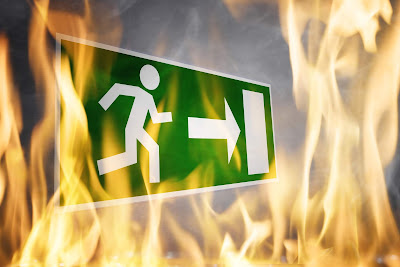 Paul warns His hearers about this. Paul's final citation is from the prophet Habakkuk.

This final quote is a declaration that God will achieve His purposes even in the midst of scoffers. For those who continue to scoff and ignore God's gracious offer of salvation through repentance and faith in the Messiah they can only expect to perish under God's wrath.

God's Messiah and the declaration of salvation through Him alone is not something to take lightly. Many modern Gospel presentations water down the presentation at this point. They focus only on the promise of eternal life for those who come to Jesus. Many leave unsaid the terrifying prospect of ignoring the Messiah. Paul did not leave it unsaid.

It is only through the resurrected Messiah Jesus that we can gain freedom from the penalty of our sins. This must be made explicit in our testimony of Jesus.