4 Truths About the Law for Christians 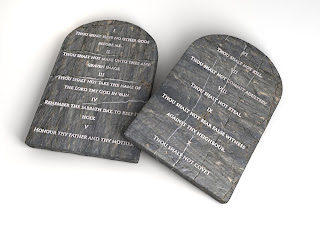 The Law is not meant to be a matter of contention for believers. It is a powerful tool for leading people to faith in Christ. May the body of Christ be equipped to share God's message in God's way.

What does the Bible teach New Testament Christians about the Old Testament Law?

1. The Law is not something that Christians are to argue about.

Such arguments are foolish, unprofitable, and worthless. This doesn't mean we can't discuss the Law. Look carefully at what Paul writes:


But avoid foolish controversies and genealogies and strife and disputes about the Law, for they are unprofitable and worthless. Reject a factious man after a first and second warning, knowing that such a man is perverted and is sinning, being self-condemned. (Titus 3:9-11 NASB)

Paul taught that the purpose and intention of the Law was clear. What did he say about it?

So then, the Law is holy, and the commandment is holy and righteous and good. (Romans 7:12)

The Law is good if it is used for its lawful purpose.

Paul explains the lawful use in the next verses:


realizing the fact that law is not made for a righteous person, but for those who are lawless and rebellious, for the ungodly and sinners, for the unholy and profane, for those who kill their fathers or mothers, for murderers and immoral men and homosexuals and kidnappers and liars and perjurers, and whatever else is contrary to sound teaching, according to the glorious gospel of the blessed God, with which I have been entrusted. (1 Timothy 1:9-11)

The lawful use of the Law is to be used by Christians for those who are still dead in their trespasses and sins. The Law has not passed away. It is also not for people to earn their salvation. This is where the misunderstanding lies. This is why Christians are often deceived into arguing with each other about it.

If salvation were by works of the Law we would have no need for Jesus (Galatians 2:21). The Law of God is a diagnostic tool that is used by followers of Christ to show people why they need a Savior.

3. The Law exposes and defines sin.

because by the works of the Law no flesh will be justified in His sight; for through the Law comes the knowledge of sin. (Romans 3:20)

What shall we say then? Is the Law sin? May it never be! On the contrary, I would not have come to know sin except through the Law; for I would not have known about coveting if the Law had not said, "YOU SHALL NOT COVET." (Romans 7:7)

Why the Law then? It was added because of transgressions, having been ordained through angels by the agency of a mediator, until the seed would come to whom the promise had been made.(Galatians 3:19)

Proclaiming the gospel includes that a Day of Judgment is coming. Those who have broken even the least of God's commandments are storing up wrath for themselves on that coming Day (John 3:36; Romans 2:5). God has made His Law explicit so that we can know that we have sinned against Him. Without the Law we may be unaware of the standard against which we are to be judged. We may incorrectly think we've done nothing wrong.

Most human beings profess their own goodness. God weighs the hearts and motives. People compare themselves to other fallen human beings instead of against God's holy standard. As a result most people think they have nothing to fear when they stand before the Lord. Exposing them to the Law shows them how radically they have fallen short of God's standard of righteousness. This is the only standard that actually matters.

The Law serves as a mirror. It is able to reflect the fallen nature of a human being so they are able to see it. It must be used according to its lawful purpose.

4. The Law is given to lead people to faith in Christ.

Therefore the Law has become our tutor to lead us to Christ, so that we may be justified by faith. (Galatians 3:24)

The Law is a God ordained tool in the hands of His Ambassadors. Do you want to lead people to Christ that they would be justified by faith? The Law is the best tool available to you!

Does this mean that God has never saved anyone without the Law being administered? I'm not the judge of such matters. However, our experience should not trump the word of God. We do not want to be like the Pharisees who nullified the word of God with their traditions. 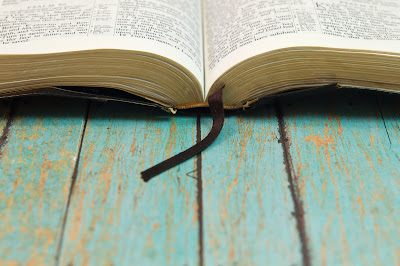 To be as clear as possible: the Bible teaches that the Law is not for believers to take upon themselves to try to earn their salvation. Salvation by works was clearly taught against in Ephesians 2:8-9; Titus 3:5-7; Galatians 2:21; 3:1-5; and Acts 15:1-11.

To quarrel over these things, either saying the Law is not to be used by believers in exposing and explaining sin to non-believers to lead them to Christ or that it is for believers to try and earn their own salvation is foolishness. Anyone advocating such ideas should be warned (up to twice if necessary) and rejected if they persist.

Understanding this clear distinction between lawful and unlawful uses of the Law will help Christians to understand how the Law has been fulfilled by Jesus (Matthew 5:17). His righteousness is applied to all who confess, repent, and believe in Him and who walk according to the Holy Spirit (Romans 8:4).

The good news of the gospel calls those who are under the wrath of God to come out and find refuge in the grace of the Savior. Those who are born-again by the Spirit of God can genuinely profess that they are no longer under Law but under grace (Romans 6:14-15)! This is good news!

Even so, we must not wrongly conclude that the Law has passed away or is irrelevant. Instead we uphold and establish the Law as a tool for leading others to Jesus:


Do we then nullify the Law through faith? May it never be! On the contrary, we establish the Law. (Romans 3:31)

May it be so in the church to the glory of our God.