October 17, 2017
While sharing the gospel last weekend I had the opportunity to speak with a young man who does not believe the same things that I do.

We didn't argue with each other.

We didn't call each other names other than the ones given to us by our parents.

Neither of us got angry or raised our voices. No fingers were pointed in faces or poked into chests. No insults were thrown or intellects questioned.

But we still disagreed.

We have an inalienable right. Even if we use that right to be wrong.

The constitutional freedom to believe differently is a good thing. But we fool ourselves if we think we can all be correct in our beliefs. We can't be. Not when many of our beliefs are totally contradictory with one another. In these cases, at least one of us is wrong.

In my conversation with this young man he told me that he simply doesn't believe in my Jesus.

That seemed like a good opportunity to discuss that Jesus is more than mine. Our current political climate in the United States created a good example.

You've likely noticed that there are a lot of people who don't like the president. It's kind of a big deal. A lot of people are talking about it. A lot of that talking is loud. And angry. 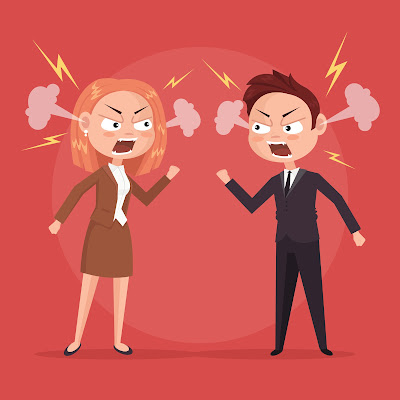 Some people who don't like the current president say things like, "He's not my president. I didn't vote for him!"

People have a right to say these things. But they are wrong.

He is their president whether they like it or not.

Their belief about the president doesn't change reality. Whether they voted for him or not he still has keys to the Oval Office. He still flies around on Air Force One. He still has a Secret Service detail tasked with protecting him.

He's president until he isn't. Their belief on what should have happened in the election is just an opinion. No better or worse than anyone else's. But it doesn't shape reality. Just like the opinions of the people who didn't like the previous president didn't change the reality.

People will seemingly always argue over politics. And people will be in rebellion against Jesus until He returns.

Jesus' resurrection from the dead proves that He is the promised Messiah. Jesus ascended into heaven and took His seat at the right hand of the Father (see, e.g., Psalms 2 & 110). Jesus is the King of kings and the Lord of lords. There is no one above Him.

This is true whether people believe it or not. Their rebellion may be noisy but it is also futile.

Unlike a president, Jesus' reign is not limited by geography. He is not restricted by term limits. There will never be a vote. Impeachment is an impossibility.

You must also understand that your opinions, beliefs, and wishful thinking don't change reality.

Jesus is risen from the dead. This is the proof God has provided. When our opinions disagree with reality we should change our opinions. That's the wise thing to do.

"Therefore, having overlooked the times of ignorance, God now commands all people everywhere to repent, because He has set a day on which He is going to judge the world in righteousness by the Man He has appointed. He has provided proof of this to everyone by raising Him from the dead."
(Acts 17:30-31)


It is not our job as Christians to argue with people. It's not our job to complain and throw gasoline on the fire.

We are called to testify to the truth. To live as salt and light. To love justice and mercy. To urge people on behalf of God to be reconciled to Him through Christ.

Let's stop arguing with people over temporal matters and start testifying about eternal ones.

Jesus Christ is Lord. He is able and willing to save all who will repent of their rebellion against Him and trust in Him alone as their Savior from the wrath to come on Judgment Day. Today is the day of salvation. Tomorrow isn't guaranteed.