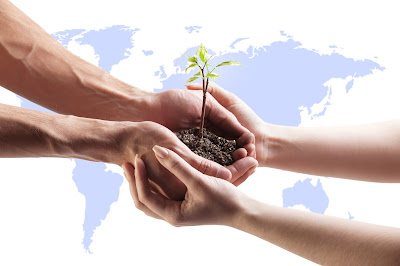 And He took him outside and said, "Now look toward the heavens, and count the stars, if you are able to count them." And He said to him, "So shall your descendants be." Then he believed in the LORD; and He reckoned it to him as righteousness.
(Genesis 15:5-6)


The great doctrinal cry of the Reformation was the assertion that salvation is by the grace of God through faith. This doctrine did not originate with the Reformers. Instead, the Reformation insisted on this truth because of its assertion in the Scriptures.

The Apostle Paul emphasized this same truth in Galatians 3. He quoted Genesis 15:6 and knit it together with the truth of Genesis 12:3.

Even so Abraham BELIEVED GOD, AND IT WAS RECKONED TO HIM AS RIGHTEOUSNESS. Therefore, be sure that it is those who are of faith who are sons of Abraham. The Scripture, foreseeing that God would justify the Gentiles by faith, preached the gospel beforehand to Abraham, saying, "ALL THE NATIONS WILL BE BLESSED IN YOU." So then those who are of faith are blessed with Abraham, the believer. (Galatians 3:6-9)

This doctrine and teaching that "those who are of faith" can easily be misunderstood. Faith means different things to different people. The Apostle Paul did not intend to leave the object of faith unclear.

The Apostle pressed on to make Jesus the Christ explicit in his teaching because he is included in these great and foundational texts regarding salvation. To be clear this passage does not teach that faith is enough on its own. If your faith is in something other than Jesus this promise does not apply. Therefore, we should be careful to proclaim salvation by grace through faith in Jesus.

We are not simply to preach repentance and salvation in general terms. We are also not called to testify according to our own experiences, preferences, opinions, and personalities. We are commanded to testify in the name of Jesus to all nations.

It is very common in translations of the passages noted in the heading above (and others) to see the singular seed taken as a collective singular. The collective singular reads like a plural. It's the difference between seed and seeds or descendant and descendants. The often used offspring is also popular, as the form is ambiguous and can be read as a singular or plural.

In the context, this makes a lot of sense. A plain reading of the text seems to indicate that many descendants are expected.

However, the Apostle Paul makes a very significant theological conclusion based on the use of the singular instead of the plural in these passages.

Now the promises were spoken to Abraham and to his seed. He does not say, "And to seeds," as referring to many, but rather to one, "And to your seed," that is, Christ. What I am saying is this: the Law, which came four hundred and thirty years later, does not invalidate a covenant previously ratified by God, so as to nullify the promise. (Galatians 3:16-17)

While we certainly cannot fault any translators for using the collective singular in their translations, we must also pay careful attention to the Apostle's inspired interpretation.

The blessing of God's covenantal promise of salvation by grace through faith is fulfilled in the promised seed. The seed (singular) is Christ. Therefore, faith alone is not enough. That faith must be put in Christ. Abraham believed God's declaration about the promised seed. His faith in this promise is the foundation for the New Covenant doctrine of salvation by grace through faith in Jesus.

Salvation has always been by the grace of God through faith in his Christ. God established this starting with Abraham. 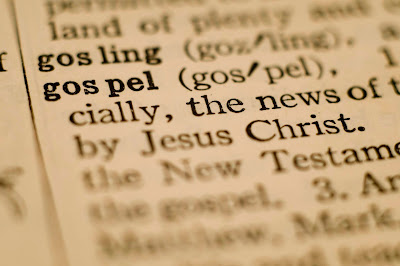 When we proclaim the gospel we must testify that salvation is found in Christ alone. The Apostle Peter wasn't shy about this: "And there is salvation in no one else; for there is no other name under heaven that has been given among men by which we must be saved" (Acts 4:12).

The foundation for this proclamation did not start at the Reformation. It didn't even start at Pentecost. It started all the way back with Abraham. When we testify to these truths we are standing in the unbroken testimony of God from the very beginning. This truth will endure until Christ returns.

The promise is in the singular seed. All who repent and believe the gospel, putting their faith in Jesus, are adopted into the family of God and put in Christ. In the singular person of Christ are contained the great multitude of all the redeemed. In Christ we see the fulfillment of the collective singular.

An allegorical example has presented itself between Genesis 3:15 and the promises made to Abraham starting in Genesis 12. In the flood account salvation was found in the Ark. Likewise, it can be helpful for Christians to understand Jesus as the Ark of Salvation. Salvation is literally found by being hidden in Christ. We are hidden in Christ when we are saved by the grace of God through faith in his Messiah.