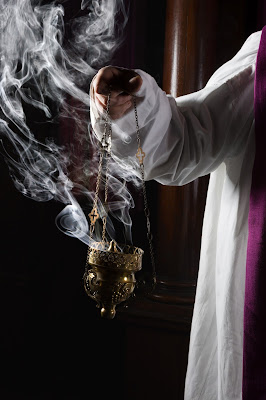 For whatever was written in earlier times was written for our instruction, so that through perseverance and the encouragement of the Scriptures we might have hope.
(Romans 15:4)

The Apostle Paul quoted a verse from Psalm 69 before making his comment in Romans 15:4. When he speaks of whatever was written before he means what we have recorded in the Old Testament. He simply called them the Scriptures.

God inspired the Hebrew Scriptures, our Old Testament. Paul said they were written for the instruction of New Testament believers. Through perseverance and encouragement in the Scriptures we can have hope. The Old Testament is not supposed to be ignored by Christians.

As we apply this to our task of lifting up the Son, that in and through Christ our Father may be glorified, we encounter a word of caution.

It is easy to agree on the surface that the church ought to talk about Jesus. That's a given. But are we aware that not everyone means the same thing when they say Jesus? We don't all have the same ideas about just who this Jesus is.

Roman Catholics, Protestants, Jehovah's Witnesses, Mormons, Seventh Day Adventists, agnostics and atheists all know the name "Jesus." They all mean something different when they use the term, however.

Jesus used the Old Testament imagery of Moses lifting up the serpent in the wilderness to explain His own earthly ministry. Jesus came to be lifted up. Jesus came to die. Jesus came so that all who believe on Him can be saved through Him.

The serpent being lifted up in the wilderness was a picture of salvation by the grace of God through faith.

The bronze serpent didn't save the Israelites. Moses didn't save them. God's grace did. When they believed God's word through Moses and looked to the object God provided, He gave them grace to save them from their predicament. 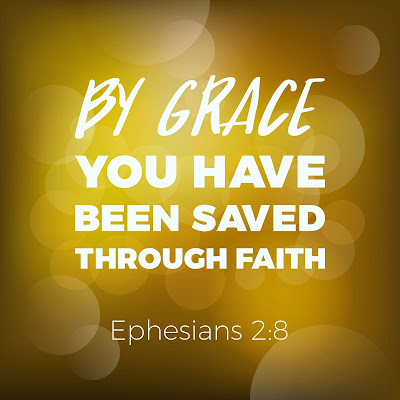 In the book of Colossians Paul writes:


Therefore no one is to act as your judge in regard to food or drink or in respect to a festival or a new moon or a Sabbath day-- things which are a mere shadow of what is to come; but the substance belongs to Christ.
(Colossians 2:16-17)


The Old pointed toward the fulfillment in the New. It was the shadow of the substance that was to come. Jesus is the substance.

So, what does this have to do with the serpent in the wilderness? 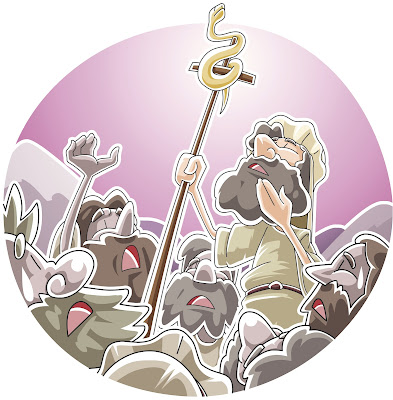 God commanded Moses to lift up the serpent in the wilderness. It was a symbol that had greater significance. When people believed, they were trusting in the grace of God operating through their faith in Him.

But then, they got off course.

We read the following account reporting events about 700 years after Moses lifted up the bronze serpent in the wilderness:

Now it came about in the third year of Hoshea, the son of Elah king of Israel, that Hezekiah the son of Ahaz king of Judah became king. He was twenty-five years old when he became king, and he reigned twenty-nine years in Jerusalem; and his mother's name was Abi the daughter of Zechariah. He did right in the sight of the LORD, according to all that his father David had done. He removed the high places and broke down the sacred pillars and cut down the Asherah. He also broke in pieces the bronze serpent that Moses had made, for until those days the sons of Israel burned incense to it; and it was called Nehushtan. (2 Kings 18:1-4, underline added)

The sons of Israel had taken they symbol and infused it with new significance. They began to worship the object and not the God whom the object pointed to. For 700 years they burned incense to this idol.

This was recorded for our instruction. It is an encouragement that we not stumble in the same ways they did.

We may immediately think this only applies to other people. Take a minute and seriously reflect on who or what you think about when you think of Jesus. (I'll wait.)

Many of our contemporary songs, media, and language use the symbols of the cross, the blood, the baby in the manger, etc. Rightly understood, this is good. Poorly understood, we can begin worshipping the symbol(s) and not God Himself. 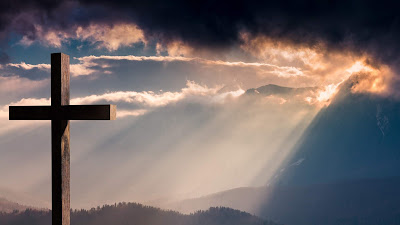 As a culture, we celebrate certain aspects of Christ's ministry. But what does the Scripture say?

Jesus is not a baby. He was born, yes, but He grew up. Jesus is not a rabbi walking along the shores of the Sea of Galilee, either. He was. But He was crucified. Buried. Now, He's risen.

These aspects of Christ's ministry are real. They are genuine. But the humiliation of Christ has passed. Now, Jesus is risen. He is glorified and exalted. Christ has taken His seat at the right hand of God the Father where He reigns in glory. We have a partner website dedicated to The Exalted Christ. I encourage you to check it out.

Is this who we are lifting up? This is who the Father lifted up.

So when they had come together, they were asking Him, saying, "Lord, is it at this time You are restoring the kingdom to Israel?" He said to them, "It is not for you to know times or epochs which the Father has fixed by His own authority; but you will receive power when the Holy Spirit has come upon you; and you shall be My witnesses both in Jerusalem, and in all Judea and Samaria, and even to the remotest part of the earth." And after He had said these things, He was lifted up while they were looking on, and a cloud received Him out of their sight. And as they were gazing intently into the sky while He was going, behold, two men in white clothing stood beside them. They also said, "Men of Galilee, why do you stand looking into the sky? This Jesus, who has been taken up from you into heaven, will come in just the same way as you have watched Him go into heaven." (Acts 1:6-11)

God has given us symbols which point to Him. The symbols are valuable when rightly understood and used. They become idolatry when we forget the Person they point us to.

Jesus is who He is. He is not who we imagine Him to be.

As we lift up the Son, to the glory of God the Father, we must be cautioned to not lift up our version of Jesus. We are called to lift up the Son. He is glorious, exalted, and magnificent. It is in and through Him alone that the grace of God is available to all who believe.


In Him we have redemption through His blood, the forgiveness of our trespasses, according to the riches of His grace which He lavished on us.
(Ephesians 1:7-8)


Praise God for His glorious grace so freely and lavishly given through His Son, Jesus the Christ! Live to lift up the Son with your words and your life.