How Do You See Jesus? 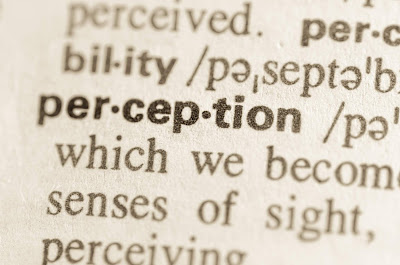 How do you see Jesus?

When you picture Him in your mind what do you see? Do you see Him as an infant? As a man?

The Jesus you picture... are there holes in His hands and feet?

Some imagine a Jesus that makes them comfortable. But there is only one Jesus. If we follow Him then we ought to follow Him as He truly is. Not how we imagine Him to be.

In Revelation we see a description of the exalted Christ. When the Apostle John beholds Him, he "fell at his feet like a dead man" (1:17). It is important to remember the relationship that John had with Jesus prior to the Resurrection and exaltation of our Lord.

John, the son of Zebedee, was part of the inner circle of Jesus (Mark 5:37; 14:33). He was the "disciple whom Jesus loved." John was so close with Jesus that he was reclining on Him at the Last Supper. When Jesus told the disciples that one would betray Him, Peter asked John to ask Christ who it was (John 13:22-25). When Jesus was arrested, most of the disciples scattered. Peter was outside in the courtyard. But John was closest to the events - actually being inside of the court and bringing Peter in (John 18:15-16). When Jesus was dying on the cross, He entrusted the care of His mother to John (John 19:26-27). After hearing of the empty tomb, John outran Peter to the tomb (John 20:4). Also, John was present at the transfiguration (Matthew 17:1ff, Mark 9:6). John had seen a glimpse of the exalted Christ already. With a similar response!

It seems that the leader of the Apostles was Peter. But if there was a best-friend of Jesus, surely it was John. Yet when John sees this vision of the exalted Christ he doesn't run up to Him and embrace Him as a friend. Instead, he falls at His feet as a dead man.

How do you see Jesus? Do you see Him as your buddy? One whom you will run up to and give a high-five when you see Him face-to-face? Or, do you recognize Him as the Almighty? Do you fall down at His holy feet?

When John saw Him, his response was appropriate. Do we still see Jesus as a man who lived nearly 2000 years ago? Or do we recognize Him as He now is: the living and exalted Lord of all creation?

If we truly understand who He is, if we truly recognize Him, then obedience to His commands will not be optional. If we see Him as He is, then the constant worship and praise that we see throughout Revelation makes perfect sense.

Have you praised Him today? He is worthy.